Sweden’s palace coup June 6, 2010 by Cavatus
The Swedish code of laws. The Swedish government intends to change the Swedish constitution. In order to do this there is a need for two parliamentary decisions with an election in between. Since there will be an election in September, the government was in a hurry to vote for this decision now before the MPs go on holiday so that they can deal with the issue after the election again – provided that they get the necessary majority in order to do so. The contents of the government bill gives every reason for concern. The Ministry of Justice describes the amendments as extensive, and they are indeed so extensive that they in practice reshape all the public power. The main function of the constitutional government bill is to further centralize the political power to the hands of the State. The main features that are alarming are: (links to different sources)
- There is a far-reaching discussion on why it is a good idea to restrict the free right of nomination at general elections. There is in other words just a question of time until such restrictions will take place.
- It will not be possible to freely add candidates on ballots on the election day
- There will be a stronger barrier against small parties at the municipal level.
- Municipalities and county councils are defined without being given today’s power of taxation. The municipal self-government has a long history and is thus put an end.
- The principle of public access to official records is abolished for backup copies.
- Introduction of secret government meetings, that have always been public, this means that the government can legislate without the presence of the supervision of the public. Thus people cannot know anything about how or why the MPs voted as they did.
- The power of the State is dissociated even more from the people since you cannot bring a lawsuit against an MP at office without the permission of the parliament with a five sixth majority.
- The cabinet ministers must be Swedish citizens. Earlier they had to have been Swedish citizens for 10 years in order to get such an appointment.
- The number of citizens who demand a municipal referendum will be 10% instead of earlier 5%. The result will continue to be solely ”advisory”.
- Multiculture becomes constitutional: unaccompanied refugee children partly get more constitutional rights than earlier.
- On the same time a policy that demands immigrants’ assimilation is rendered impossible. They get a constitutional right to be excused from becoming Swedish and learn the Swedish language. the State imposes thus a balkanization of the society that is paid by the majority.
- Swedes get the same rights as illegal immigrants. I many cases the constitution does not any longer comprise Swedish citizens. The word “citizen” is changed into “everybody”. In that way the constitution comprises immigrants, legal as well as illegal ones. This is certainly not explicit, but there is undoubtedly room for the fact that the law will be interpreted like this in practice.
- The right to use the military within the country against Swedes. This is contrary to what the military authorities themselves want.This ambition to centralize the political power even more in Sweden is very alarming. That no debate exists is the strongest sign of the fact that the constitutional amendment without doubt is the biggest political piece of news i Sweden – everything according to the Swedish rule “the greater importance, the greater silence“.

The changes will come into force in 2011, unless there is a formidable revolution among the party support of the electorate.It also shows that the resolution was taken with 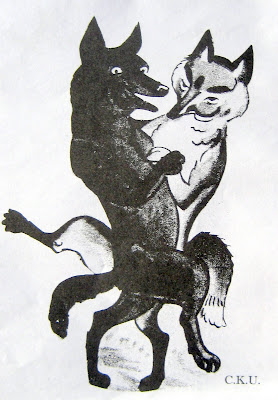 acclamation and not by the ordinary way of voting: by pressing the yes or no button. By doing so, the decision of a single MP cannot be questioned – they are anonymous. We cannot know who voted for what.
Acclamation means that there is no objections whatsoever among the 349 MPs, something that itself is serious.Even worse is actually fact that the committee that has prepared the government bill only claims for a partial approval. In other words there were objections in the committee that were not made public in the final discussion in the parliament. This is nothing less than a flagrant example of a full-scale palace coup!

The last – but not least – shocking part of this is that nothing has been mentioned about this in the Swedish media. Are the journalists so incompetent that they find the princess wedding more interesting? Or are they trying to conceal something from the people? The constitutional amendment paves the way for the abolition of every part of the Swedish parliamentary democracy. Sweden is, in short, in bad trouble – economically, socially and constitutionally.
--
Indsendt af gertrud kl. 7.6.10