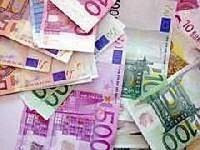 " I have accepted with pleasure this invitation to present a reflection on my experience as a magistrate in which I deal with fraud and crimes of corruption and other things around the management of public spending, and thus of public financing.


Obviously, although I cannot talk about the investigations that I have carried out over the years, and especially those that have been illegally taken from me, I cannot keep quiet about a worrying fact: even though the tool that has the objective of economic development of the regions that need it – I work in Calabria, an “Objective One” region where a lot of European funding is arriving and for which in the period 2007-2013 funds for 9 billion Euro have been allocated – economic development has not happened. In certain cases, as has been noted in very careful investigations by the Court of Accounts as well as by the regional prosecutor and jurisdiction sections that have monitoring functions, as well as by the ordinary magistracy, it has been possible to verify a lack of tax income for sums not spent for reasons of serious negligence and therefore implying guilt; in many other cases, even other prosecutors of the Republic in Calabria have been able to see that there are real and true swindles to the detriment of the European Union. Many other times there have been hypotheses of corruption.


This makes the management of public financing seem systemic: it’s not a matter of occasional or isolated incidents, of swindling by individuals, and this in my opinion is the most important fact, but there is always something that is governing the whole management of public spending from above. This is evidenced above all by looking at the routes by which the projects for European funding are put together. We don’t have particular sectors but it’s a question of all the branches by which development should come about: like the environment, ICT, health, public works.


What’s the process used to get hold of these sums of money? By constructing a network of companies organised according to a system of Chinese boxes, more often than not mixed public-private ones. This use of mixed public-private companies is an important part of the route. It’s something to be considered at an institutional level. I also did this at the Bi-Chamber Committee of the Italian Parliament on the cycle of refuse when they tackled the issue of companies that are managing refuse and the purification of water. It’s here that you understand how, from above, the system of management of public spending is often governed by groups of people who have organised true criminal associations, composed of professionals, entrepreneurs, men of the world of the economy and of politics, to create lower down a true control system of the other important sectors of public life. In a series of investigations, when we have examined how the close-knit social societies were put together, how directors were inserted into the companies, how the Boards of Directors were put together, how the College of Supervisors and the Auditors were appointed, we understood that the groups of professionals were always the same. Often we found people who were even closely connected with magistrates, with men in the police forces, with men in the institutions. It is clear that the most worrying aspect is that there is the creation of a damaging mixing of those who monitor and those who are monitored. The central problem is how all this can be remedied. In different cases we have noted that the people who should have been monitoring, because they were in vital positions in the region or in other institutions, were also participating directly or indirectly in the companies that should have been monitored.


It is clear that to be able to guarantee a correct flow of the money allocated and to be sure that this is used for projects that bring about economic development, the monitoring system should work. Not just the European one, using the structures that have been set up – (I have collaborated a lot and in a useful way, right up to the time when they took the investigations away from me, with OLAF – the anti-fraud office) but also using the monitoring done by the Regions. That is often impossible or very difficult because in all the criminal proceedings that we dealt with, the people responsible for some crimes in this area, were actually the people assigned to the monitoring organisations of the Regions.


The problem becomes important especially if you consider that the economic development doesn’t happen and in fact these costs then fall on the Italian people since Italy is then obliged by Europe to pay back the money. What is even more worrying is the step that happens after that. I have explained what happens at the top and lower down, and how people are inserted into the companies. Even lower down, what happens when people are employed by the companies that win the projects that are being financed, the training courses and so on…


And here there’s another really sensitive step. Often there is a real system of “indication” of the people to be employed. Those who at the top establish the conditions to get the financing are the same people who “indicate” to the companies to employ this or that person, (and here I’ll stop) with a further connection with voting. When voting happens, (and in some proceedings we have also had the crime of “exchange voting” ) a vote is asked for because one has been a determinant not only in getting the financing but also in imposing the person to be employed. A further consideration on the mixed public-private companies.


In some cases we have found that in the public sector, there was a real division of the jobs among Parties, with people who are part of all political sides: in some companies we verified that there were people belonging to all forces except, perhaps, of the extreme right and extreme left.What I worry about most is not this, because I could get the objection by the important people who I see here, that it's a way to represent all cultures. It is an old thing. Very questionable, but it can be said. What worries me is the private companies, because in some cases we have noticed that some entrepreneurs are directly linked to people who are in the public sector, in organizations close to the world of the Church, left and right politicians, and the circle closes with companies tied to organized crime.If this is the picture, one can understand that within some companies who receive large European fundings, we find much of the political world, a large proportion of professionals that in an area such as Calabria are not many, organized crime, control of the labor market and control of Votes.If this is the picture we must think beyond the investigations and think what help can come from the European Community structures.


Certainly, for my experience, I can say that the anti-fraud office, when there was a need, always worked in a significant way with the Italian judicial authorities both in terms of cooperation and through Eurojust for the good order of certain rogatory letters."